For first-time travelers and seasoned business professionals alike, traveling to China is an exciting experience. Whilst China has an incredible amount of beautiful landscapes and exciting modern cities to offer, traveling around town is often a difficult prospect. If you’re planning on using an airport taxi in China to get to your hotel or the office, here are a few things you should know when taking one:

Write your destination down beforehand 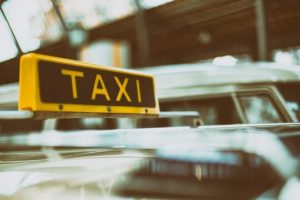 Experienced travelers tip: If you cannot find someone to write down your destination before taking a cab ride, both Google Translate, and Google Maps can be used. These apps have a great offline feature you can download to your phone before your trip. They prove to be very useful when trying to communicate with taxi drivers in China.

Flagging down a taxi on the street 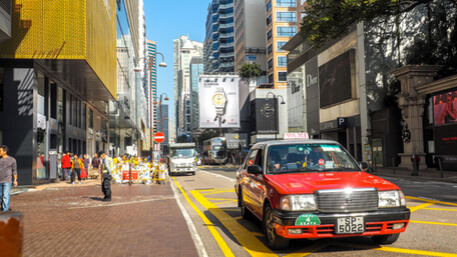 Flagging an airport taxi in China down is usually fairly simple, at most of the major airports you will find yourself at the back of a queue waiting to jump inside one of the taxis parked outside. Flagging down a taxi outside the airport on a public road can be far more difficult. Whilst using a pre-arranged car service in China will offer you the convenience of not having to wait for a vehicle, patience is key if you choose to use an airport taxi in China. It’s not uncommon for others to compete with you for the taxi and jump ahead of you taking your place on the ride. Drivers are also known to drive straight past foreigners, seeming uninterested on occasions and often not willing to bother with passengers who can’t communicate easily. Beware of black taxis operating in different cities around China. Their vehicles may look the same as any other taxi but their tactics to overcharge foreigners can be confusing to those not aware of them.

Experienced travelers tip: Apps like Didi car rides have reduced the need for waving down taxis. The app now offers both Mandarin and English languages making it easy to use for both locals and expats. However, it is very likely the driver with give you a call right after you’ve booked your ride and ask for the exact pickup location. This might be difficult for expats who do not speak Mandarin and are not familiar with the streets in Chinese cities.

Traveling to China soon? Planning on using a Chinese taxi? Why not eliminate the hassle and book a car service instead, by taking advantage of our online discount! Use this promo code: 10CARBLOG to get a $10 discount on your 1st service.

What you’ll find inside a Chinese taxi 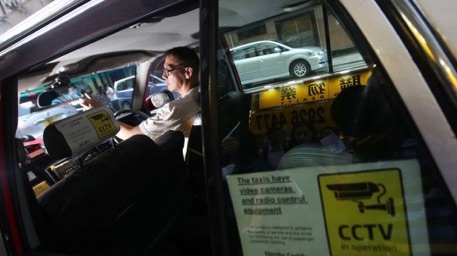 Just as New York’s famous yellow cabs differ from those driving around Los Angeles, taxis will differ depending on which major city you’re visiting in China. Generally, the taxis are in a standard condition. In many Chinese major cities, the back seats will be covered in white cloth. The problem with the cloth, though, is that it generally covers the seat belts in the back seat. With China’s roads being as chaotic as they are, it’s required by law to have your seatbelt on. Hence most locals decide to hop in front alongside the driver. Remember that all passengers are expected to enter a taxi from the passenger’s side. Even if sharing an airport taxi in China, it’s custom to enter on one side. In some taxi’s the rear door on the driver’s side doesn’t even open.

Experienced travelers tip: Taxi drivers in China will not expect you to speak fluently in Chinese or communicate with them throughout the journey. Generally, the drivers will keep to themselves and ignore you, unless you’re able to engage with them in conversation. If you’re familiar with Mandarin or have had time before your trip to research some local phrases, these can be put to good use with the driver. A friendly hello in Mandarin might make your trip a little more relaxed. It’s a good idea to either carry a sheet with common travel phrases in China or use an app that can translate for you. Finding a service that provides English speaking drivers is the best option because as with any foreign country, things will easily get lost in translation. Miscommunication is a hassle that most travelers wish to avoid.

Paying for your trip 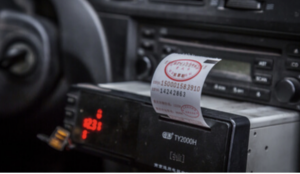 It’s always best to carry smaller bills when using a taxi in China. If you’ve just arrived in China and need to withdraw money from an ATM to pay for your taxi fare, it’s suggested asking a cashier within the airport to exchange your notes for smaller denominations. You can also purchase a small item of food or drink to leave you with enough change to pay your fare. Luckily you won’t need to bargain with the driver over your fare. Most taxis in China use a meter. If your taxi doesn’t use a meter, your driver is likely to try and convince you that your fare is far higher than it actually is. Rather stop your ride, get out and find another one.

Tipping is not practiced in taxis in China. The drivers don’t expect to be tipped and will generally hand you back the extra cash thinking it’s your change. Once you have paid your fee, it’s best practice to wait for your receipt before getting out of the car. All receipts have the taxi’s number and details on it, so there can be no confusion as to how much is charged for the trip. It’s also useful if you accidently leave an item behind or have a serious complaint against the taxi you’ll have a central number to report it to and hopefully locate your missing items. If you’re traveling on business, you’ll also be able to claim back the amount of your fare from your company using the receipt.

Taxis in China are more complicated to use than what they are in many countries around the world. Catching a taxi ride, and explaining where to go, proves to be a difficult task for many. Those traveling for business and often being expected to follow a strict schedule are especially recommended not to take a taxi, as they tend to be highly unreliable.

If you’re looking to make your way from the hotel or office to another meeting or to the airport on business, using a safe and reliable car service eliminates the hassle and stress so often associated with Chinese taxis.

Planning a trip to China?  Take advantage of US$10 OFF online discount and book private car and driver hire service anywhere in China. Simply click the image below:

If you find this blog useful, please feel free to share it! Have you been to China recently and used a Chinese taxi? Did you have a good experience or get scammed? Feel free to share your comments below!