Doing business in China is very different from doing business in the West. It’s important to be prepared and to know what to expect in order to avoid any detrimental loss of business due to mere misunderstandings.

If you’re a regular business traveler to China, you most probably know many tricks of the trade Nevertheless, refreshing your memory and being well-informed can go a long way. In this post, we help you understand the ever-growing Chinese business culture. 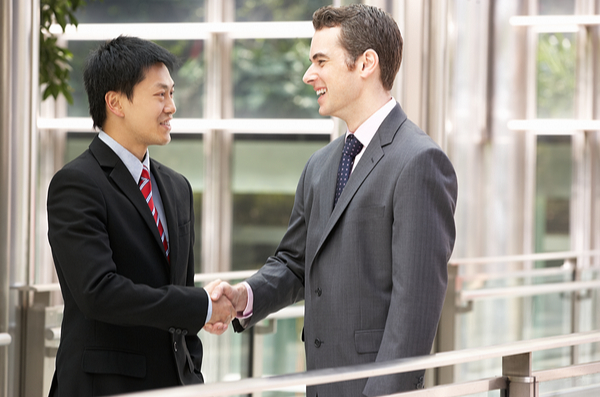 For the most part, Westerners are used to shaking hands as a form of greeting. In China, however, a slight nod is the more common. You may be offered a handshake, but it’s important you wait for your Chinese counterpart to offer their hand first.

Formal introductions are very important to the Chinese. It’s the first step to establishing an interpersonal relationship. Therefore, it’s important to take note of these when they’re mentioned. Most people will be addressed by a title followed by their name and it’s important for you to do the same.

For example, when addressing people, refer to their professional title such as ‘Director Wang’ or ‘General Manager Lee.’ It’s considered rude to introduce yourself, so when being introduced, stand up, smile, and make eye contact for the duration of the introductions.

Insider tip: Applause is common when greeting a crowd and reciprocation is expected.

The Importance of Mianzi (Face) 面子

One key aspect of Chinese culture is the concept of Mianzi (pronounced Mi-en-tzuh) which literally means ‘face.’ Face can be described as a mix of public perception, social role, and self-esteem that has the potential to either destroy or help build relationships.

Therefore, it’s very important you never cause a Chinese business person to ‘lose face’ by insulting, criticizing, or making fun of them in public. An entrepreneur can gain face by attending meetings, accepting invitations, giving gifts or compliments, and showing sensitivity to Chinese culture.

Insider tip: When making a toast in honor of your Chinese counterpart, make sure that your glass is below theirs. This way, you maintain respect by giving them face. 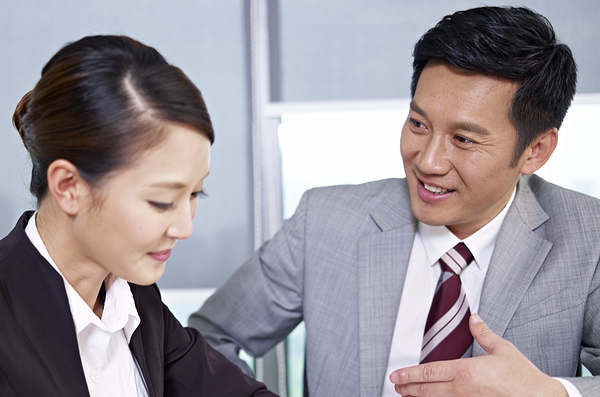 Small talk is particularly important at the beginning of the meeting. Popular topics about China to begin with are generally safe, such as landmarks, art, scenery, climate, and geography.

Try to stay away from politics unless you know the person very well. Also, Chinese business people will appreciate it if you’re able to say a few Chinese words, but this is not expected (so don’t worry if you can’t). Rather, avoid this if you’re not comfortable or aren’t 100% sure of what the words mean.

The Chinese often ask questions such as ‘Where have you been?’ and ‘Have you eaten?’ which are equivalent to Westerner’s ‘How are you?’ Don’t take the question literally, simply smile and say ‘yes’ or ‘thank you.’

The Chinese don’t like to say ‘no’ as it can cause embarrassment and loss of face. If a request can’t be met, you might be told that it’s inconvenient or ‘Yes, but it may be difficult.’ Although that may seem like a positive response, it most probably means no. The Chinese also nod as acknowledgment that you are being heard, rather than symbolizing ‘yes’ so it’s important to take note of that.

Insider tip: During conversation, never criticize China or Chinese leaders and certainly don’t refer to Hong Kong as if it was still run by another administration. The same goes for Taiwan, Tibet, and Xinjiang as a separate entity.

Learn 8 Chinese phrases for Business to make you sound humble.

Guanxi 关系 (pronounced gwan-shee) which literally means ‘relationship’ is extremely important to the Chinese. Chinese business people see mutual trust and respect as a vital part of the business relationship and will often meet up several times in order to establish that relationship before closing the deal.

Therefore, the deal closing process may take time and they’ll appreciate your patience. Also, people in China will enter the boardroom in order of hierarchy so the delegate of the meeting will usually enter first. Wait for the appropriate time to enter the room.

For meetings, you’re expected to arrive on time or earlier and to be well prepared. So make sure you bring several copies of all documents to your meeting. Further, when handing out brochures or documents, make sure you start with the most senior person in the room, handing things over with two hands. Using only one hand when handing something over is considered very rude. Lastly, it’s important to remain composed at all times. Rather than showing too much enthusiasm or emotion when closing a deal, show acknowledgment with a faint smile or nod.

Insider tip: You may find that once both sides have met, Chinese businessmen may use the newly found friendship to reach concessions. For example, the Chinese side may mention to foreigners that true friends would reach an agreement that is of maximum mutual benefit. As with any deal, make sure that the benefit is genuinely mutual and not just one-sided. 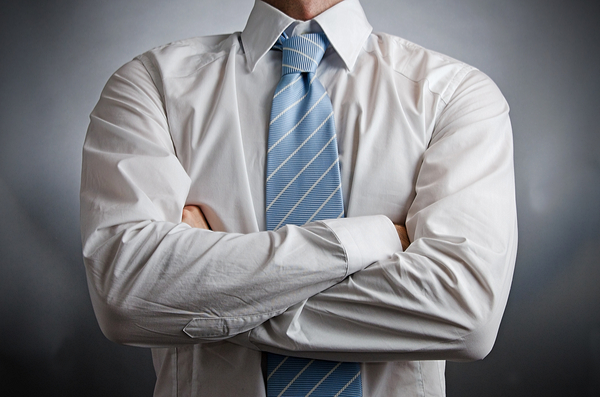 It’s important to be aware of your hands. Generally, the Chinese don’t use their hands when talking, as it’s considered rude and distracting. Pointing at something with your index finger is also considered rude. Use an open hand, instead.

Chinese business culture sees people continuously acting in a very formal manner, so it’s vital to remain calm and collected at all times. Touching your mouth with your hands, biting your nails, or removing food from your teeth is also considered incredibly impolite.

Insider tip: The Chinese don’t like to be touched, particularly by strangers. However, Westerners often feel that the Chinese comfort zone (regarding physical distance) is a bit too close for comfort. Don’t be surprised if when you’re conversing, you feel a slight invasion of your personal space.

Always dress in formal attire for meetings, as a sign of respect, and stay away from any bright colors (as they’re considered inferior). On your way to the meeting, being punctual is as important to the Chinese as to Westerners. Make sure to leave with plenty of time to make sure you arrive a bit earlier.

Exchanging business cards is another honorable act in Chinese business culture, as it contains your formal name and title. When handing your business card to another person, always use two hands to show respect. Be sure to stand before doing so, if you’re sitting.

Once the meeting has come to an end, you’re expected to wait for your Chinese counterparts to leave first. If you’re the host of a meeting, it’s proper etiquette to send a representative to meet your guests outside the boardroom or building and to escort them to the meeting room. The host should escort the guests to their seats.

Insider tip: Never write on a business card, or put it straight into your pocket or wallet. Carry a small business card case with you instead.

If you’re invited for a business meal, wait to be seated, as there is a seating process based on hierarchy. Also, don’t discuss business straight away. It’s common to begin with small talk before any formal business conversation begins.

While at dinner, pace yourself, as you may be served 20 to 30 dishes throughout the course of the evening. However, be careful not to leave your plate empty, as that’s a sign of not being given enough food. An empty plate can be interpreted as ‘I’m still hungry,’ and it may cause your host to lose face.

Try not to reject anything, rather taste a bit of everything. You don’t have to finish it, but it’ll be rude if you don’t even try it. After the dinner, being invited for drinks is a good sign, as you’re given the opportunity to build your business relationship with your counterparts.

At this point, you might be tested on your ability to consume alcohol. Throughout the dinner, remember never to drop your chopsticks or place them parallel, on top of, or in the bowl. There should be a chopsticks holder, or at least rest them diagonally on the plate. Remember not to leave a tip after the meal, as this may also be considered rude.

Insider tip: Never eat or drink before your host, and always offer someone else food or drinks before you serve yourself. Never take the last piece of anything, this is considered bad luck and as a sign that you’re greedy.