Like most people, after a long flight, all you want to do is leave the airport and head straight to your final destination. The absolute last thing you want to do is fall victim to one of various scams in China that can happen unexpectedly.

Below, we discuss the top 4 China scams that travelers suffer while on business trips and how you can avoid them. Being aware of what to look for to avoid scams in China could make a major difference in the experience of your trip. After all, better safe than sorry. 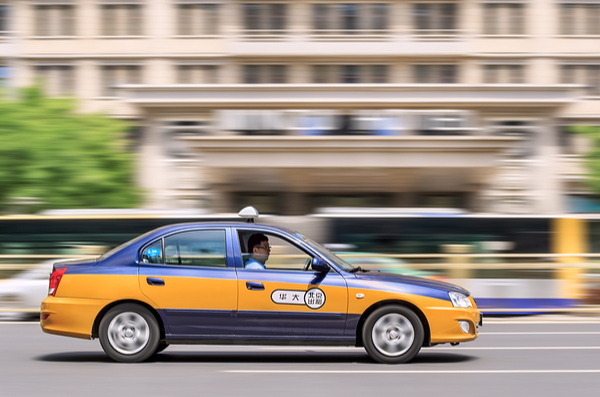 “Black” taxis don’t get their name from the color of their car, but because they’re illegal taxis whose drivers make a living by overcharging foreigners. These taxis usually don’t have meters or have fake meters, rigged to charge rates that are double the price of regular taxis.

They’ll have several ways of employing their scams. For example, when passengers are traveling in groups, the drivers will agree on a fare and then, once you’ve reached your destination, they’ll clarify the rate was meant per person.

Black taxis are also known for dropping passengers off at an unknown destination and driving off with their luggage once they’ve received their pay.

These scams occur at all major airports, as well as hotels and city attractions. Luckily, it’s easy to avoid this type of scam if you know what to look out for:

Additionally, most taxi drivers in China don’t speak English. If you’d rather travel with a driver you’re sure you can communicate with, hire your own private car to make sure there are never any misunderstandings. 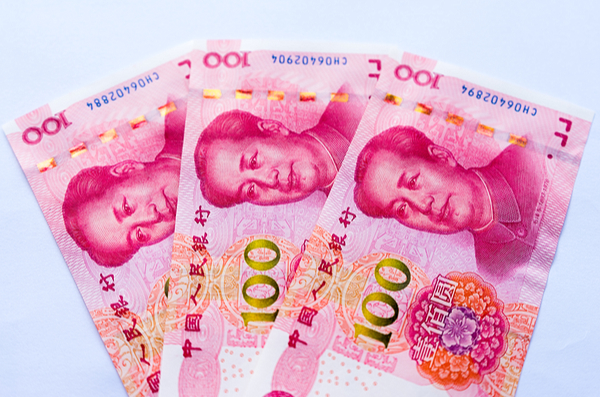 The counterfeit money scam is common all over China. Drivers use it to take advantage of foreigners who aren’t yet familiar with Chinese bank notes.

Thankfully, this is one of the easier scams to avoid. Nevertheless, it’s good to always stay alert. This scam occurs when you’re given back your change, particularly from taxi drivers or tour guides. You’re given fake notes in return, particularly Y50 and Y100 bills.

When purchasing something, vendors may also quickly exchange one of your authentic notes for a fake one and accuse you of giving them counterfeit money. If you didn’t see the exchange, you can’t hold them liable. Here’s how to avoid it:

Here’s everything you need to know about How to Use an ATM in China and How to Open a China Bank Account. 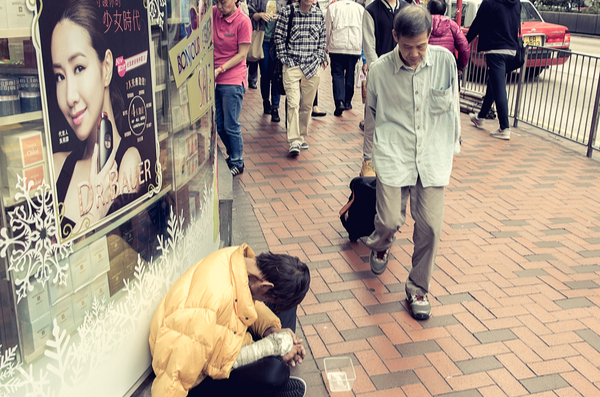 Beggars and pickpockets are common in cities all over the world. In China’s main tourist areas (like in Beijing’s Silk Alley), foreigners are targeted by beggars, as it’s easier to obtain a donation from Westerners than locals.

However, many of these beggars aren’t actually poor, they’re just looking to make a quick buck off of you by being extremely persistent. You’ll be approached by various types of beggars, such as ‘Aggressive beggars’ who aren’t afraid to touch or tug on your clothes until you give them something.

Some beggars will approach you pretending to have a disability. They’ll shove a piece of paper in your hands, claiming that it’s for a ‘cause’ which you need to support. Don’t fall victim to the fake monks either, (usually in Hong Kong) who dress up in official attire and present a donation book, asking for your donation.

Carrying cash in China is essential for taxis and shops that don’t accept foreign credit cards. This, however, makes you a prime target for pickpockets. They’ll work in pairs. One accomplice will distract you by asking you intrusive questions while the other quickly grabs your wallet, cell phone, or anything he can get his hands on. This frequently occurs in busy areas such as markets, subways, and taxi lines.

To avoid beggars and pickpockets from taking advantage of you:

Find out more about Petty Crime Areas in China to Watch Out For and How to Avoid Crime In China. 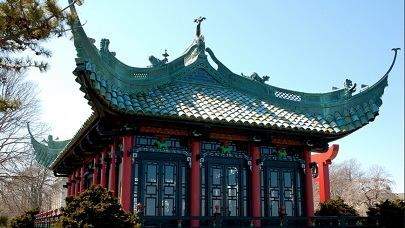 A young female Chinese student will approach you alone or with two or three of her friends and offer to show you around personally, as it will ‘improve their English.’ They hope that, as a Westerner, you’re delighted to have some cultural interactions while on your trip and will happily respond with a ‘yes!’

Sometimes, they’ll catch you off-guard by claiming to be tourists, too. You likely won’t expect to be conned by a fellow tourist. Soon after, you’ll be invited for tea at a nearby restaurant. After your dining experience, however, the students will quickly disappear to the restroom. When the bill arrives, you’ll be shocked to find an exorbitant price!

There’s no use trying to explain the circumstance to the owner, he “won’t speak English” and is working together with the scammers. Ultimately, you’ll end up paying the full amount or the owner will call his friends at the police to come and force you to pay.

Here’s how to avoid this type of scam:

Avoid any unpleasant experience during your trip!  Take advantage of US$10 OFF online discount now and book your safe private car & driver hire service anywhere in China. Simply click the image below:

Have you ever been the victim of a China Scam? What have you or your associates experienced?