Whether it’s an annual family holiday or an extended business trip, travelers will rent a car as a popular way to travel around. This offers both freedom and flexibility. In most countries, those who already hold an International Driver’s Permit can rent a car with minimum hassle. In China, however, this is not the case. Below is an explanation of the process for applying for a Chinese driver’s license, why it may not be practical for foreign visitors to rent a car in China, and some recommendations on alternative means of transport.

Can I Get a Chinese Driver’s License to Rent a Car in China?

There are 194 countries in the world that recognize the International Driver’s Permit (IDP). Unfortunately, China is not one of them. Mainland China didn’t sign on with the convention that created the IDP, and as such chose not to recognize it. Foreign residents are required to have their own Chinese license to be able to drive in China (please note that Hong Kong, Macau, and Taiwan-issued licenses aren’t considered Chinese licenses). Having a Chinese driver’s license is a basic requirement to rent a car in China. To apply for a Chinese driver’s license, follow the steps below:

The process can be time-consuming. Applicants must visit the offices at least three times throughout the process, assuming they have all the necessary paperwork. The most difficult step in the process is actually passing the driver’s test. The theory test consists of 100 multiple-choice questions selected from over 900 possible questions with a required 90% mark to pass. The test is available in English in big cities, like Beijing and Shanghai, but in smaller cities officials may require you do it in Chinese. Some places allow you to bring a translator; others do not. It is notoriously hard to pass without spending a significant amount of time preparing for the exam. As a result, applying for a Chinese driver’s license is only  recommended for foreigners who live in China full-time and are fluent in Mandarin.

Can I Use My Own Driver’s License In China?

Is it Possible to Apply for a Temporary Driver’s License to Rent a Car in China? 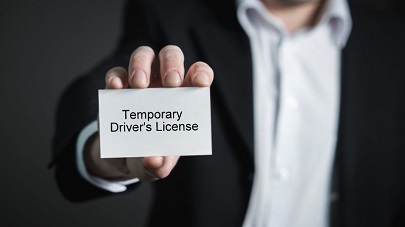 Which Car Rental Companies Are There In China?

If you’re a traveler that needs to be behind the wheel and prefers to drive to each destination, you’ll probably do whatever it takes to get on the road. You’ve finished all the steps, prepared all the materials, spent a few sleepless nights studying for the test, and pushed through to the end. Well, your perseverance has finally paid off and now you have a brand new permanent, 6 year Chinese-issued driver’s license burning a hole in your pocket.

If, however, you do not need a permanent license you can apply for a temporary one, valid for no longer than 90 days.  You will need 2 hours to get the temporary drivers license. Everything is done at the airport – from making copies, getting your eye exam at the health office, then going to the traffic police office in order to fill out the paperwork to obtain your license.

You’re now ready to hit the streets and become one with the ‘bloodlines’ of China. You’re a driver now. So the next question is, where do you start? China has a few trusted car rental companies that you may wish to compare:


What Are The Alternatives To Renting A Car?

Even if you have all the necessary materials and time to apply for a Chinese driver’s license, you may wish to consider if you really want to drive a car in China. Many of the road signs are only displayed in Chinese, there are a number of road safety issues to be faced, and there is often mass congestion that requires local knowledge to navigate through successfully. 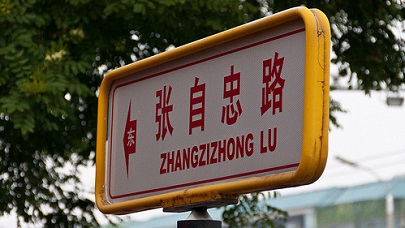 The biggest challenge faced by foreigners when driving in China is adapting to the local driving culture. It’s not uncommon to see a vehicle on the motorway suddenly cut across three lanes to make a turn. You can even see some cars or electric bikes moving in the wrong direction to get off the exit they missed. For these reasons, renting a car in China may not be the wisest decision, here is a video that shows you why.

So if it is not realistic to rent a car in China, what are the alternatives for business travelers visiting the Mainland for a short trip? 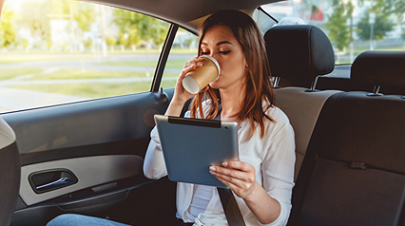 For travelers who have decided to avoid the hassles and complications of the license issuance process, there’s always another fantastic option at hand. The next best alternative is going to be hiring a private car, minivan, or coach bus with an English speaking driver. In doing so, travelers will enjoy the same freedom and flexibility offered by renting a car, without any of the hassles. Tour around factories for the day, visit suppliers outside of the city, or travel across the country, the sky’s the limit. Book your private driver in China today at ChinaCarService.com and experience the comfort of a private ride. Catchup on emails, make a few phone calls, get some rest between meetings, and all with the help of a trusted local driver.

Simply relax and remove the hassle of driving in China! Hire a private car with a professional driver and get in comfort to any destination around China! Take advantage of online discount (click the image below) to book a car today or request a quote via email: Bookings@ChinaCarService.com.